ASIAN PARENT AFFECTION
Asian Parent Affection was a passion project I did, focused on the relationship dynamics in Asian American families. This project builds on mixing the ideas of cultural food (an aspect that brings all generations together) and the cold/tough love that asian parents tend to dish out. With these, I've branded a restaurant with several assets to convey the sweet/sour dynamic of Asian American parental love.

The final product was the menu - front and back. I strongly urge viewers to click on the images and take a closer look at the detail. A lot of work went into not only the visuals, but the content as well. The dishes come from a variety of East Asian and South Asian origins, and the names can be quite relatable, especially to those of Asian American decent.

I originally started out working on a project geared towards the mental health of Asian American communities. I wanted to focus on a specific case of this - mental health stemming from family dynamics. In lots of cases, the generational gap contributes towards an awkward and tricky relationship with parents. The American Psychological Association explains that “many Asian American families experience intergenerational conflicts, which are exacerbated by acculturation differences between parents and their children”. This of course does not mean that there is any less love — in fact, in my personal experience, these conflicts often escalate from a result of “too much” love. All the conflicts, the fighting, the harsh words exchanged - most of it stems from misunderstanding and sometimes “too passionate” love. ​​​​​​​ 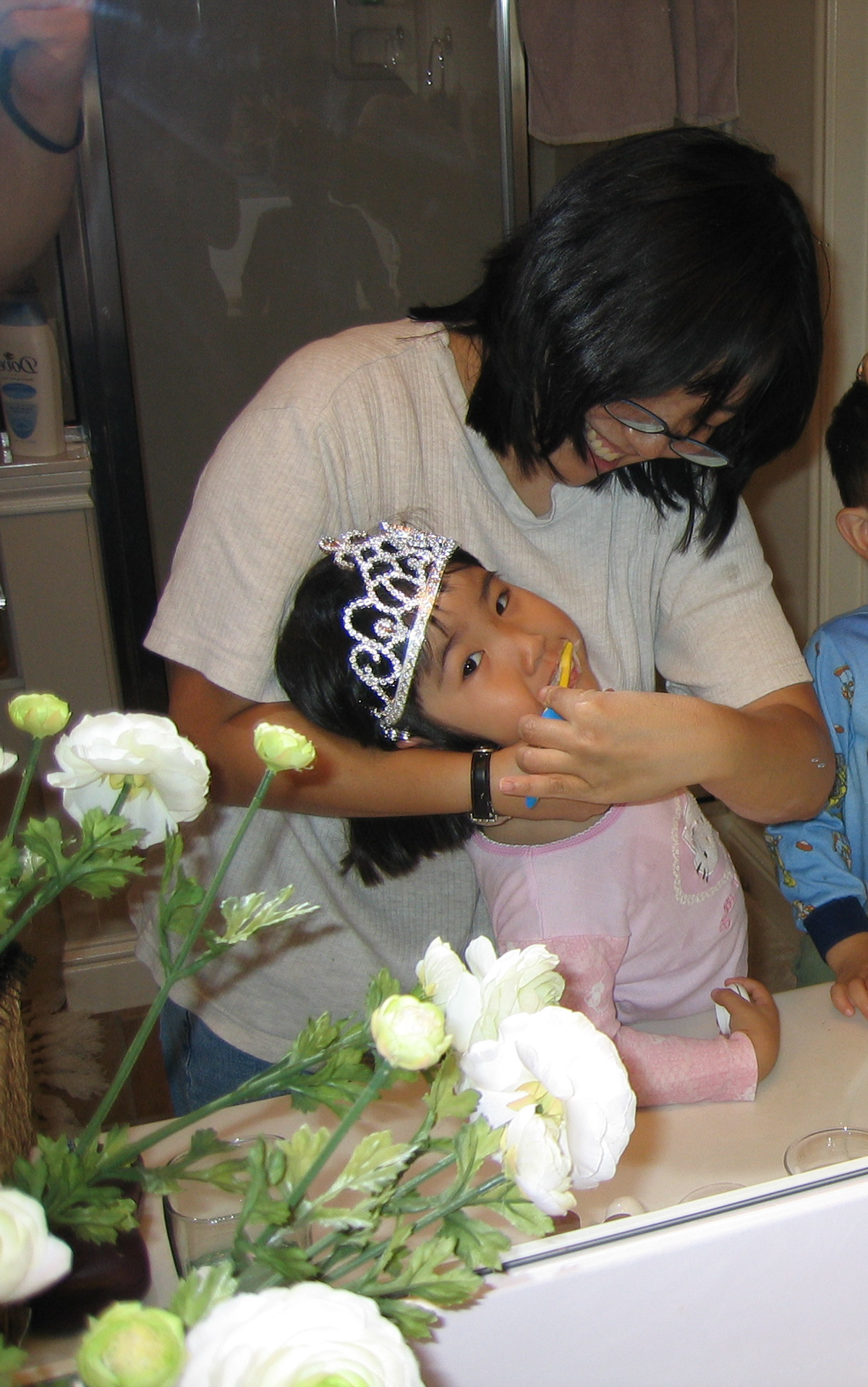 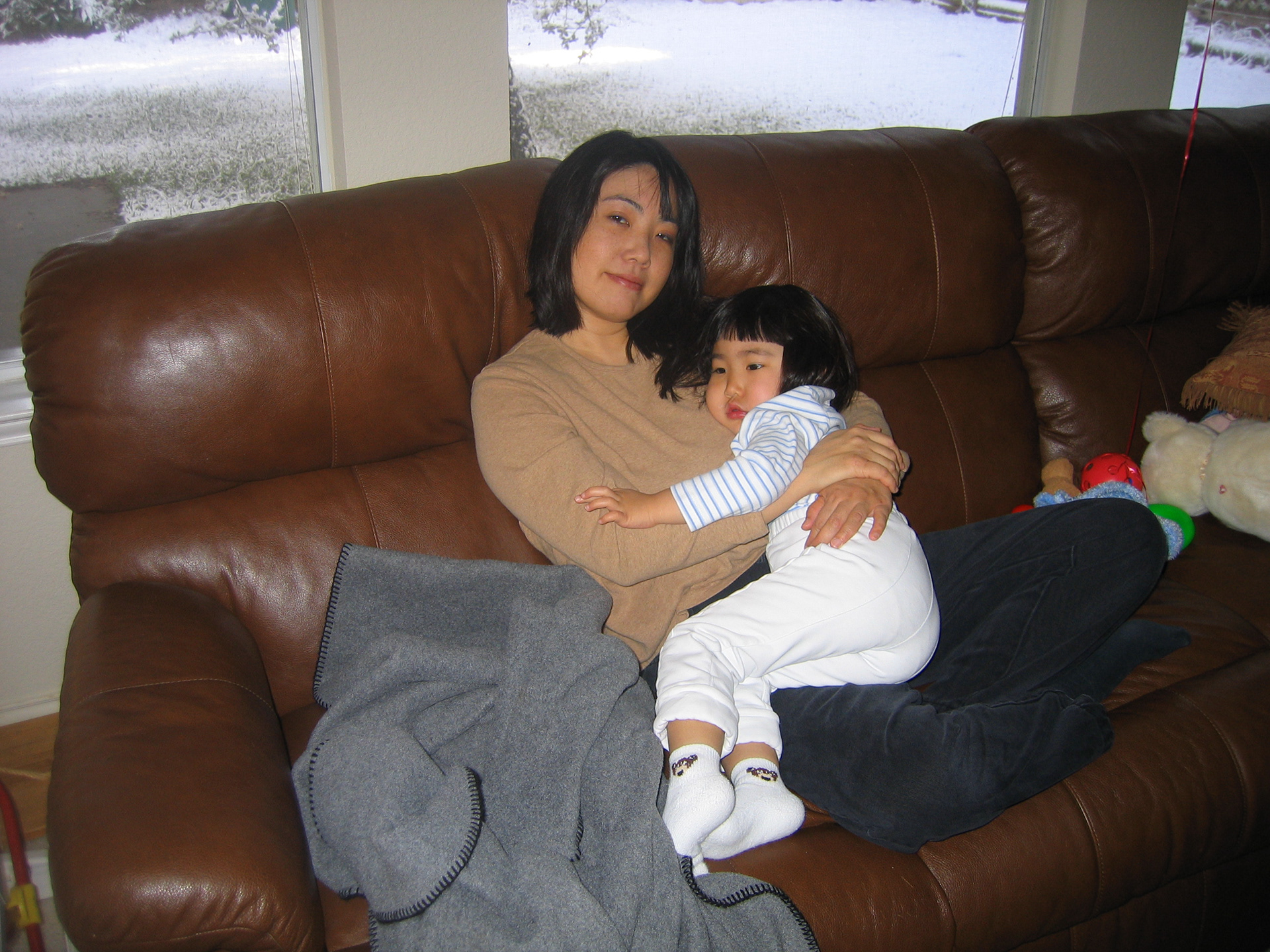 Like every parent, Asian parents care deeply about their children… just sometimes too much. This can come to the point where it can become overbearing and suffocating at times, therefore causing a conflict between parent and child. We love and care about each other, but each one is interpreting the other's affection the wrong way.
In the end, it is important to remember that they love you very much (as seen above - my mom and I).
My goal with this project was to create a fun graphic to show this stigma of “cold love” in a more light-hearted manner in hopes of bringing mutual understanding between parents and children. I’ve branded their love as a restaurant, drawing inspiration of the importance of cultural food and the deep connections of cooking with parents that Asian Americans share.

I started by focusing on the branding basics - I had to first define my logo, typeface, and color choice before I created my main assets.
Starting with my logo, I wanted to create something that conveyed "Asian Cuisine" but also my main idea of "Cold Love". I thought about using traditional asian dishes as imagery, however, I didn't want to limit this project to a certain asian demographic - I wanted this to be open to all asian cultures. My first iteration ended up focusing with a frying pan image. I then paired it with an image of a person with a heart bow. This was meant to signify the idea of "love that hurts". It's strong and can sting, but it is fiery love nonetheless.
I felt that it was important to distinguish that the figure shooting the arrow was indeed asian, so I added the rice hat as a small detail. Existing logos depicting asian caricatures with stereotypical features and rice hats by non-asian owned businesses can be deemed controversial and racist. I did not want this logo to fall into this category, but instead wanted to repurpose it to "take back" the rice hat. I myself come from a Japanese family who long ago were rice farmers - determined and hardworking people. The Asian American values we hold today are no different, and I wanted to take back the traditional hat and repurpose its imagery to fit the values its wearer possesses.
My final logo design stuck with the idea of the archer, however, changed the frying pan imagery to a wok - a more traditional asian tool for cooking than the frying pan which originated in Greece.

Above are the colors and fonts that I used for this project's branding. The red and gold draw from Chinese culture's "lucky colors". I wanted to keep the menu modern, sleek, and legible, so I kept with a clean sans serif.
Below is a picture of my main workspace that I spit all my ideas and final products onto.

The Game of Design